Some reasonable planetary images with my ZWO ASI120MC camera

While seeing wasn't great from my home in inner-western Brisbane last night (13 April), it was nice and dark and clear, so I set up my Meade 200 mm LX90 (GoTo Alt-Az mount) with ZWO ASI120MC (one-shot colour camera) http://julianh72.blogspot.com.au/2014/09/zwo-asi120mc-planetary-camera-quick.html, and fired off a few 30-second video captures with FireCapture, and then stacked and sharpened in AutoStakkert to get the best images that I could.

Jupiter was nice and high in the sky: 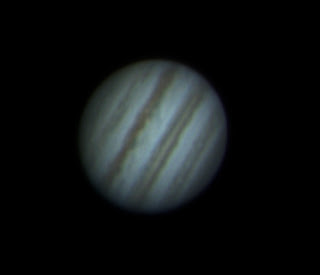 And the Great Red Spot came into view nicely later in the evening: 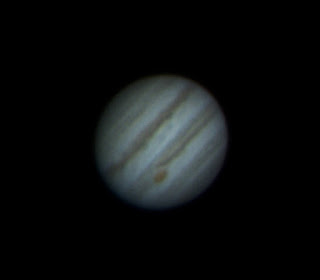 Mars and Saturn were fairly low in the sky, sitting in the sky-glow of Brisbane City to the east (and directly over my roof), so while I'm fairly happy with these shots, I hope to get some better images in a couple of months when they're a bit higher as well. 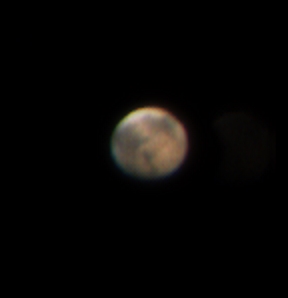 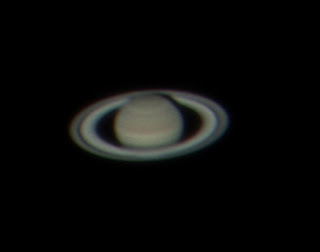 My best videos were taken without a Barlow - I just couldn't seem to get quite as sharp focus with my 2x Barlow. Maybe I need to try focussing with a Bahtinov mask on a nearby star before pointing at my target?

These are the best of last night's efforts - they may not rival Hubble, but I'm pretty happy with them.
Posted by Julian Hardy at 16:28 No comments: